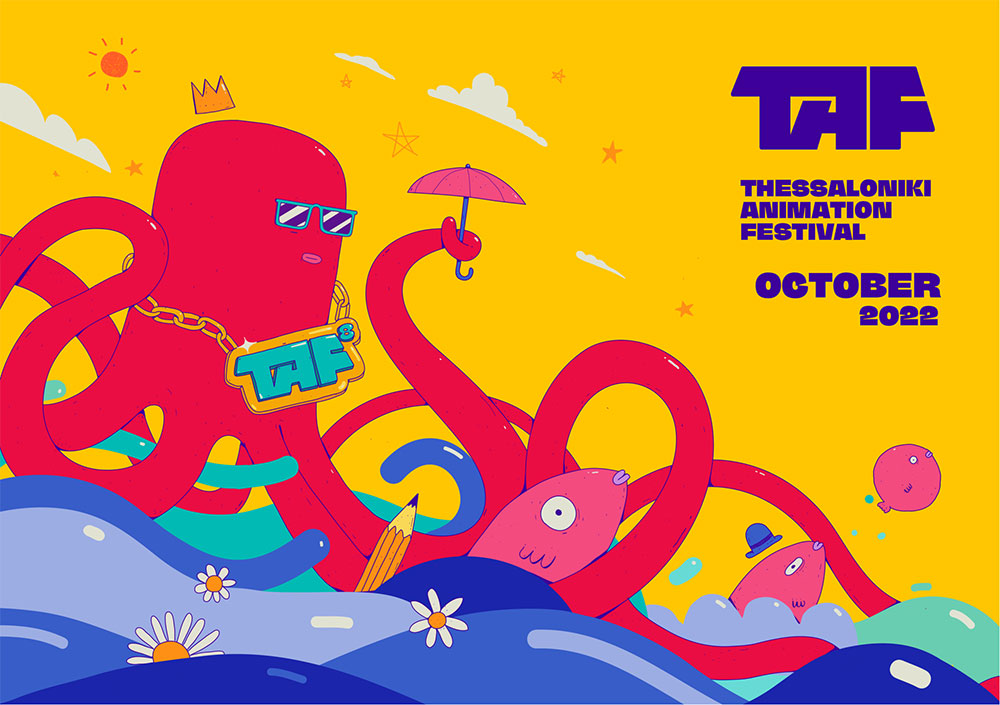 The festival opened its doors on the 21st of October with a conversation on Greek animation, in which the speakers were the founder and director of the festival Dimitris Savvaidis, together with: Alekos Papadatos, Vasilis Evdokias and Vasilis Dimopoulos. The curation was done by the festival Programmer Chrisa Gkouma. The discussion took the form of an open dialogue with the audience. In the days that followed, artists and professionals of the international animation scene hosted masterclasses, while, at the same time, the audience had the chance to watch unique films from all over the world, with exciting content and of variable themes. Of the 3000 movies that were entered in TAF, the 121 best took part in the international animation competition.

On the 22nd of October the “HALLOWEEN SPECIAL” was previewed, so as to pay homage to the rich art of the Horror genre. On the 23rd the special screening that was organized was the annually rendered “HUMAN RIGHTS ANIMATED”. On both days the program included a series of selected movies, without dialogue, suitable for children of all ages. During the festival, the 3rd BAF- Balkan Animation Forum was conducted. The 3rd BAF took place on the 23rd of October 2022 in the screening room “Tonia Marketaki” of Warehouse D’. The Forum started with a salutation from the founder and Director of the festival Stavros Savvaidis, followed by the pitches. This year, for the first time, the forum was Greek oriented. Six excellent projects were presented by Greek creators that competed with their in-development projects. The artists that took place in this year’s BAF are: Katerina Kaletzi, Dimitris Armenakis, Kleopatra Korai (representing Studio Lokey), Faidra Derizioti and Loukia Tzortzopoulou. On the 23rd of October the award ceremony took place. Opening the ceremony was Antonis Zafeiropoulos from the Central Macedonia Film Office with a brief salutation, followed by the honorary awards, which were given by Dimitris and Stavros Savvaidis, and Chrisa Gkouma to: Debra Wooton, Dan Hornick, John Harvey, Stephie Theodora and Alekos Papadatos. Then the BAF winners were announced, together with the movie that won the “Human Rights” award. The movie was presented by Sophia Kyprianidou, as the representative of the organization network “Select Respect”. The screenings of the winning films followed along with a splendid celebration on the grounds of the festival.

On the 24th of October there was a special screening for students from the Experimental school of Thessaloniki and the 101st Public Primary School, with a feature for the environment. In collaboration with the International Animation Festival of Stuttgart, ITFS, one of the biggest and most important international animation festivals, the feature “Best of Trickstar Nature Award” was organized, with 13 amazing films, which talked about climate protection, biodiversity, nature, and sustainability while being informative, insightful, and humorous in its storytelling. Lastly, the curtain fell for the live festival with the special category/screening, entitled “Greek Panorama”: 26 animated films, by Greek creators, competed for the award of “best Greek film”. The award was won by “In Between” (Effie Pappa) and a special mention was awarded to “My Mother the Sea” (Aspasia Kazeli). At the same time, during the whole festival, we presented and played "Peace Please", a team building card game, which was created via the project Changing the Game: Developing a Culture of Peace in Organizations 2020-1-LV01-KA204-077564, a K.A.2 strategic collaboration between Greece, Poland, Latvia, The Netherlands, and the United Kingdom, co-financed from the European Union. Over 80 participants- members of varying organizations based in the city- had the chance to enjoy the game and much more, since we created two promotional animated short movies that also worked as educational material for Changing the Game and the board game Peace Please. The animations were shown in the screening rooms, after the logo of the National Centre of Audiovisual Media and Communication- EKOME, in between the main festival program.

The online part of the festival was held from the 25th till the 30th of October. Regarding the program, the movies were separated (like the two previous years) in ten unique thematic categories, aiming for the easiest navigation for the audience. These were the categories: HUMAN RIGHTS, LOOKING INSIDE, HALLOWEEN SPECIAL, ANIMATED REALITIES, EARS TO EYES, OUT OF THIS WORLD, GREEK PANORAMA, JUKEBOX, MAKING CONTACT and 0-99 (our established category for movies appropriate for children of all ages). For the third consecutive year, the audience had the chance to rate the movies of their liking. Based on those ratings, the “Audience Award” was won by the movie “Diplomatie de L' eclipse'' (Ce Cesar Luton, Achille Pasquier, Selim Lallaoui, Clémence Bailly, Axel Mechin). The audience responded positively to our first attempt for a “hybrid type” festival and the eighth TAF was well-received with great success, which gathered over 19.000 viewers (of which 14.681 watched the program online and 4.500 watched the live screenings and the masterclasses, along with the rest of the activities). As always, the entry to all the screenings, the speeches, and activities of the festival was free for everyone. In this new age, where the specifics are constantly changing, we continue to promote fantasy, creativity, and Art. As so, we renew our rendezvous for 2023, anticipating an even better event!

Guests of the 8th TAF

This year’s Balkan Animation Forum judge panel was comprised of the following professionals: 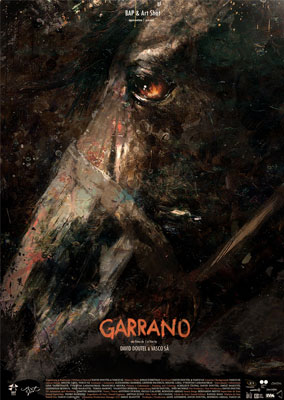 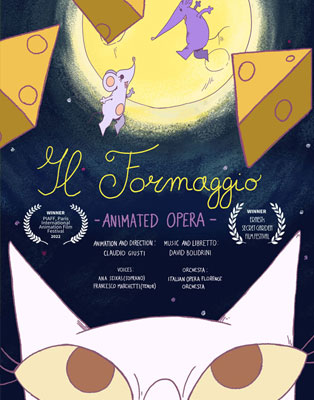 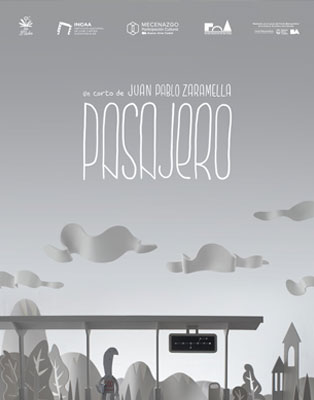 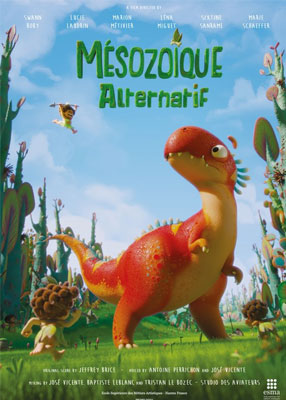 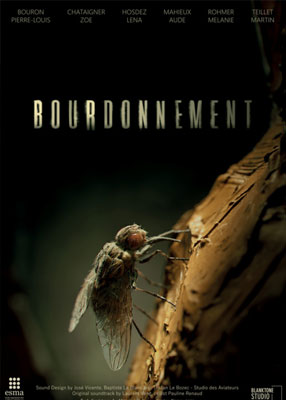 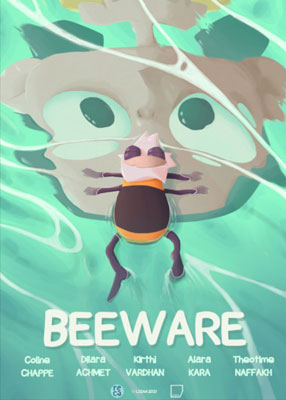 "In between" - Effie Pappa 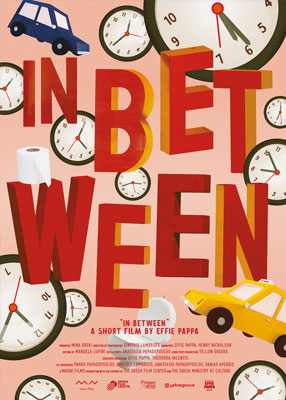 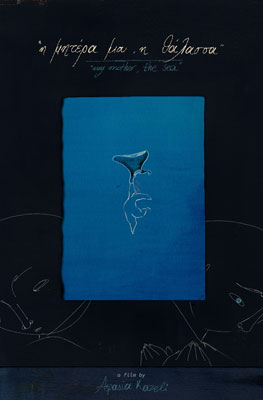 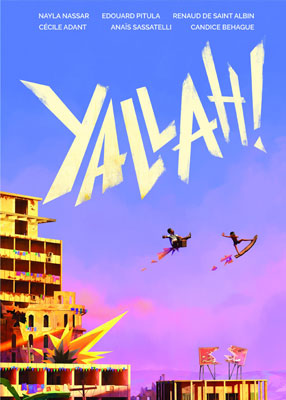 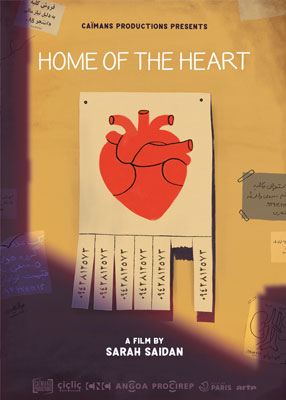 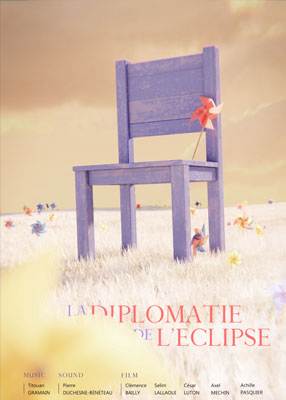